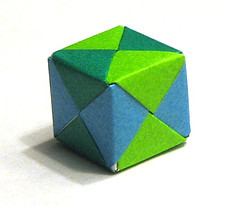 Barry Diller’s InterActiveCorp announced a minor enhancement to the demographic and behavioral ad targeting available across its sites today—something it is calling “Audience Cubes.” Advertisers can now run ads targeted at different demographic slices including 18 to 34-year olds, sports fans, homeowners, and parents on 26 IAC sites (Citysearch, Evite, Match.com, Ticketmaster, and others). Judging from the coverage the announcement received, though, you would think that IAC just launched an entirely new ad network.

Separate, Yet Together: IAC Creates Ad Network With Its Split Businesses (paidContent).

Sounds good, except that IAC has been selling ads across this very same ad network for the past three years. It’s called IAC Advertising Solutions. Maybe nobody noticed.

The company consolidated the ad serving technology from all its properties last year on Microsoft’s Atlas, and even before then was selling ads across the network. The news that this ad network will remain intact even once IAC splits into five separate companies is not really news.

And the fact that IAC is just now turning on some extra behavioral targeting capabilities is not that big a deal. Every advertising network is doing that. Even Yahoo.