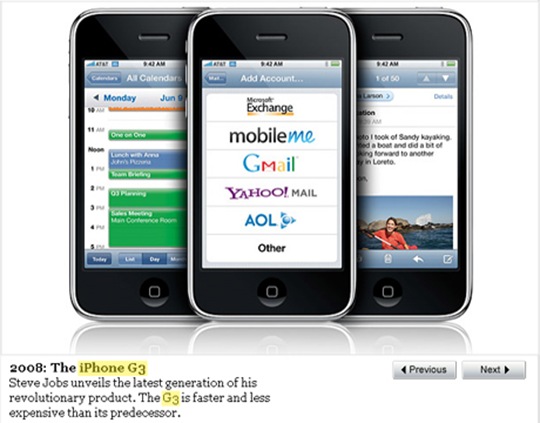 Wow!!! Apple apparently has another trick up its sleeve with a device that’s very similar to the iPhone 3G set to hit stores on July 11th. The new device is called the “iPhone G3” and appears to sport the exact same features as the iPhone 3G. I bet it costs the same, too. What’s interesting is that there was no formal announcement for the iPhone G3, so it appears that Time has the exclusive on this one. Lucky!

The text hasn’t yet been corrected as of 2:00 EDT on Saturday, June 21st. Let’s see how long it stays up, shall we?