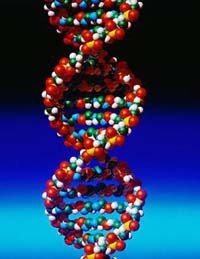 California’s Department of Public Health has issued cease and desist letters to 13 genetic testing startups – most notably 23andMe, which Michael tried out earlier this year. The C&D’s are mandating that the labs demonstrate that they have been certified by both the state and federal government, and, perhaps more importantly, that all genetic tests were ordered by a patient’s doctor, which is required by state law. 23andMe is going to have a little trouble with that one – Michael was never asked to consult his doctor before ordering his test results.

California isn’t the first state to take the genetics companies to task – earlier this year New York cracked down on the sites with similar complaints.

But what’s the big deal? Required state and federal certifications seem obvious given the sensitivity and personal nature of the data. But what about the mandated doctor’s note? It’s my DNA – shouldn’t I be able to read about it whenever I want?

Maybe not. The problem with this kind of casual DNA testing is that it almost trivializes the importance of genetic information. 23andMe considers itself as something of a novelty, providing lots of fascinating information that it says isn’t to be used to diagnose medical conditions.

Of course, the site still provides some probabilities of getting certain diseases. And while none of these sites are going to offer any life-shattering information (e.g. “You will die before you hit 30”), many health care professionals worry that any amount of genetic information could be misinterpreted. What happens when a patient finds out they have a lower-than-average risk of heart failure that leads them to neglect regular checkups? Then again, it’s my information – shouldn’t I be free to (mis)interpret it as I see fit?

The fact of the matter is that genetic testing will be commonplace within the next decade, and the outcome of these cases will be setting important precedents. New York and California may be misguided in their efforts to mandate a doctor’s approval, but we should remember that these are two unusually progressive states that don’t seem keen on hampering citizens’ rights. Regardless of the eventual outcome of these cases, there’s one important message we should take from their hesitation: tread lightly.