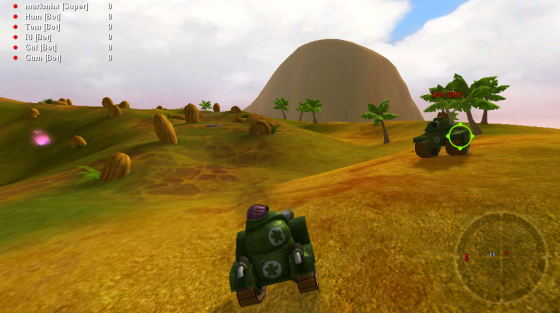 InstantAction is a GarageGames project focused on bringing free high-quality games to the browser.

Like Kongregate, InstantAction is highly social and quickly accessible. Both sites appeal to casual gamers who don’t want to install software or learn complex user controls before competing with friends or strangers in short rounds of play. InstantAction, however, differentiates itself from Kongregate and other casual gaming sites by delivering impressive 3D graphics with a proprietary plugin.

Ever since we first covered InstantAction in March, that plugin (and therefore its three available games) has only been available to Windows users. But GarageGames has been hard at work on a Mac plugin, and it’s almost ready for release to the public.

Until then, the first 100 Mac readers to email this address will gain access to the Mac private beta so they can play Marble Blast, Think Tanks, and Rokkit Ball (all involving the firing, rolling, or passing of balls in some manner) against PC and Mac users alike.