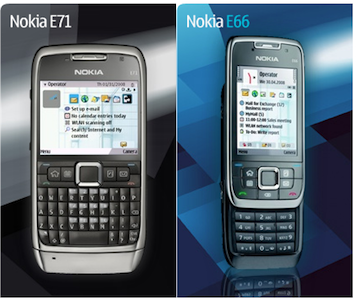 (Update: As of 9 am PST, Nokia has taken these offline)

Even before the E66 and E71 have been officially announced, fans of Nokia’s business oriented E series have managed to dig up in-depth flash demonstrations for the handsets. With a bit of URL finagling, members of the Mobile-Review unearthed the goods on Nokia’s own site.

It’s rare for these sorts of things to make their way onto public servers even a day before official release, much less weeks or months before. As such, it’s safe to assume that these guys will be gettin’ the press release treatment in the not too distant future.