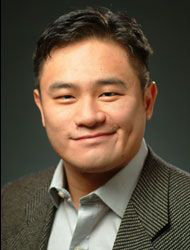 This guest post is written by Jeremy Liew, a Managing Director at Lightspeed Venture Partners where he focuses on investments in gaming, internet and consumer enabling technology companies. Jeremy is co-producing the Social Gaming Summit next Friday, June 13th, at UCSF Mission Bay. Most of the companies mentioned below will be presenting. This post comes a year after venture capitalist Susan Wu wrote a guest post on virtual goods.

The last few years have seen a transformation in the consumer internet world as online media has evolved into social media. Many new social media companies have shot to tens of millions of users very quickly, including Facebook, MySpace, Digg, Yelp, YouTube, Slide, RockYou* and Flixster*. The trends that have driven the growth of these Web 2.0 companies include:

Social games are not just multiplayer games. In social games, existing social relationships add context and motivation to the gameplay. Social games are more fun to play with people you know than with anonymous strangers. Examples of social games include Friends for Sale*, where you had better buy your girlfriend back from that guy who has been hitting on her at the gym, (fluff) Friends, where if your BFF feeds your pet, you are compelled to reciprocate, and Power Challenge, where you can’t let your team’s loss to your fraternity brother’s team go unavenged.

Even single player games can become social when the right infrastructure for community and social interaction are built around them, including high score leaderboards, achievement badges, challenges and simple message boards, as Kongregate, Addicting Games, MiniClip and MindJolt are demonstrating.

The gaming industry is now starting to experience the same trends that the online media industry has experienced over the last few years:

Lazard estimates that Halo 3 cost $30m to build. Rockstar says that they spent $100m to make Grand Theft Auto 4. While both have been wildly successful games that sold over 10m units each, these are big numbers to spend on development. A new generation of lightweight web games is now being created at a fraction of these budgets, and these games are being played for free by millions of users. Games like Zynga’s Scramble, Social Gaming Network’s Warbook and Stardoll (originally Paperdoll Heaven) were all originally launched on less than $100k and all have entertained millions of players.

Of course these free games can’t compare to the complexity, quality or polygon count of Halo 3 or GTA 4, but they do provide entertainment to their players, and they are all evolving and improving over time. Because all these games live in the browser, they can be constantly updated and refined as game designers watch their players’ usage patterns. They give players more of what they like, and cut out gameplay that players don’t like. Teams are small and development is fast and iterative in reaction to player feedback.

In the extreme, users generate the game rules themselves. Some users in online communities and immersive worlds including Dogster, Habbo Hotel, Gaia and IMVU have gone so far as to create games on their own, ranging from dance parties to plays to petting zoos to quiz shows.

Halo 3 spent an additional $30m on marketing, mostly offline. GTA 4 blanketed the billboards of San Francisco as part of its massive launch. These marketing budgets are akin to the Superbowl ads of the early 90s internet companies. Yet CPC and CPA based advertising have been as much a boon for gaming companies as they have for other online businesses. With more games playable inside a browser, or easily downloaded over a broadband connection, games like Go Pets Live, Nexon’s Maplestory, and Three Ring’s Puzzle Pirates have become experts in success-based online player acquisition.

Furthermore, Games have exploded virally on the social network platforms. On Facebook alone, three games (Texas Hold’em, Zombies and Friends For Sale*) have more than 8 million players (installs). Five of the top ten Facebook apps (by daily active users) are games; Owned, Friends for Sale*, Texas Hold’em, (Lil) Green Patch and Scrabulous. This is a direct consequence of the social games phenomenon. Social games are more fun to play with your friends, and social networks are an ideal environment for killing time with friends. As a result, they have been able to very efficiently ride the distribution channels that the social networks provide.

The dominant model of monetizing games is still retail – selling crystal cases for $60 a pop. This presents a real barrier to game publishers, who have to convince a prospective player to fork over a substantial amount of money before she has even tried the game. Publishers have to generate demand, which is what led to the high marketing budgets for Halo 3 and GTA IV mentioned previously.

The trends outlined above are likely to lead to many new and valuable gaming companies. Let EA, Nintendo, Activision, Ubisoft and the like continue to fight for market share amongst hard core gamers. New social games startups, including free to play MMORPGs, social network games, web based games and single player gaming communities, are busy converting the much larger market of casual players into their customers.

Techcrunch readers interested in learning more about Social Gaming can use the code CRUNCH to get a 10% discount on tickets to the Social Gaming Summit.

* Lightspeed is an investor in Flixster, Rock You and Serious Business (which publishes Friends For Sale)