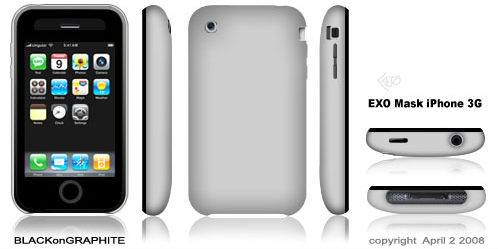 Case manufacturer XSKN just pushed a rainbow of iPhone cases they’re saying are for the (hopefully) soon to be released iPhone 3G. While these could easily be based around dimensions found around the internets, the page says “now shipping”; seems like a bad idea to ship a case without any official insight on how the device will be shaped.

If these shots do indeed reflect the iPhone’s new shape (which I’m hoping they don’t), it looks like Apple’s making an interesting change by rounding out the edges. While it would make the device a bit more comfortable to hold with one hand, it makes the iPhone look like it’s retaining water. Not to mention that it would wobble around endlessly anytime it was on a flat surface.