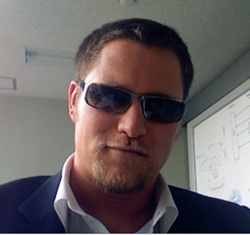 San Francisco based Zivity, a self described “community-powered showcase of female beauty,” will add a high profile technologist to their executive team next week. Napster co-founder Jordan Ritter, who was subsequently the CTO of Cloudmark and Columbia Music Entertainment (and a man who enjoys wearing sunglasses indoors), will join Zivity as chief technology officer.

Zivity continues to roll after their launch last September at TechCrunch40. They’ve raised a total of $8 million now over two rounds of financing and have successfully created a site that combines adult content with social networking. And the mainstream press is beginning to become as fascinated with Zivity as we have been since we first heard about them last August.