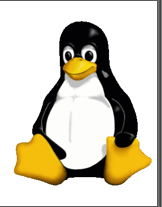 Is Microsoft finally learning to love the penguin? After years of fighting Linux and denying its very usefulness, Microsoft has recently changed its tactics. It is trying to be more open, even if that’s an attempt to appease European regulators. And today, it is announcing the beta of new data center management tools that—gasp!—recognize that some companies might be running something other than Windows on their servers. Now it will support two flavors of Linux (Red Hat and SUSE) and two flavors of Unix (HP-UX and Sun Solaris), all from one management console. The name of the software is System Center Operations Manager 2007 Cross Platform Extensions. Yeah, I can’t remember that either.

What Microosft is signaling here is a new tactic in the war against Linux, which it realizes is not going anywhere. So if Microsoft can’t beat Linux, it will try to smother it with love by offering a way for IT folks to manage and control all of their servers using Microsoft software. But it is a little late to the game. HP’s Openview, Tivoli, and BMC already offer such capabilities. Microsoft can still make inroads, though, by competing on price and ease of use.

Embracing openness and other software is also a good idea. Microsoft new data center management software supports open standards such as Web Services for Management and OpenPegasus. At the same time, Microsoft is also announcing new virtualization management software (System Center Virtual Machine Manager 2008) that will let IT managers control virtual machines running on EMC’s popular VMWare, as well as Microsoft’s own virtual machines. (Virtualization is a big trend in data centers that effectively splits and segregates jobs on one physical server into many virtual ones). For those interested in more, you can read all the gory details in the press release.