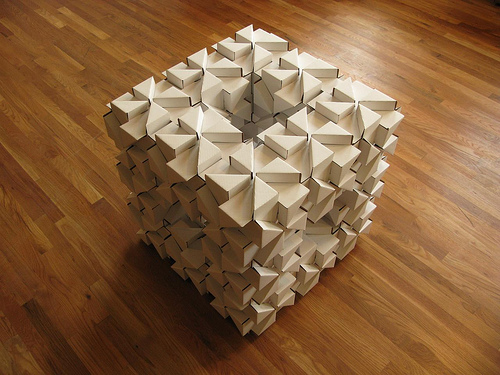 There is nothing that screams “frugal startup” more than cardboard furniture. Aza Raskin, the founder of Songza and Humanized who was recently hired by Mozilla, designed his own system of cardboard building blocks that can be assembled into desks, wall dividers, and cubicles for his own Chicago offices. It is based on an art project that his father Jef Raskin, of Mac interface fame, once did. Today, he is turning the side project into a business and launching it as Bloxes. What are they exactly? He explains:

They are called Bloxes — essentially 3D cardboard legos that ship flat, and fold up in modular building blocks that are strong enough to stand on. While they aren’t tech per se, we use them for building tables, walls, cubicles, and desks. Both Google and Mozilla have expressed interest in using them in their offices. So, this may well be the new thing in terms of agile office-space deployment. Don’t like where a wall is? Just move it! Don’t like the way it looks? Just rebuild it! They are cheaper than cubicles, and much more fun.

It’s interface design applied to cardboard. (TC readers get a 10 percent discount until March 12 with this coupon code: TCBLXAR). See more pictures here and below: 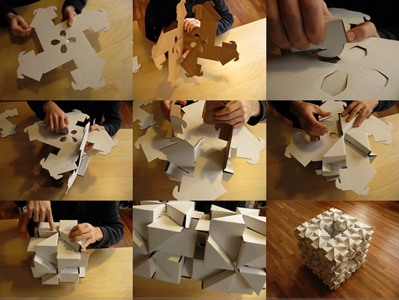 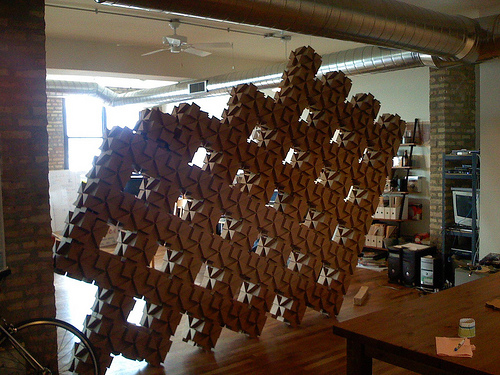