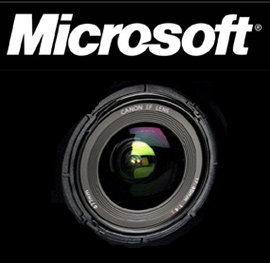 I’ve never had a problem with my old Rebel XT’s 3-per-second rapid fire rate. Of course, I’m not a press or sport photographer, and it is kind of annoying that I can only take like 8 RAW photos at that speed before it has to stop and think for a while. Memory bandwidth and buffer size are not the Rebel’s strong point; more expensive cameras make a point of having better hardware in this area. But what are my options? I dare not shoot to JPEG because I’m a big post-work guy and I need that color depth and dynamic range.

It looks like Microsoft is stepping up to the plate here with a format called JPEG XR (eXtended Range), which uses a better compression algorithm than normal JPEGs while retaining more of the color depth and dynamic range of RAW files. They’re going up against other compressed RAW options like DNG so it won’t be an easy fight. I’m not exactly pumped at the idea of another MS-led proprietary format, but to be honest, if it advances the technology, I’m not going to cry too hard about it.