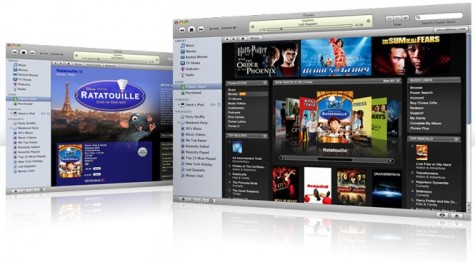 I’ll be honest, Apple is starting to weird me out a little bit. I picture Steve Jobs like the paranoid Mr. Burns in that Simpsons episode where he owns the casino and he stops shaving and starts wearing Kleenex boxes on his feet because he hates germs.

It’s just that some of the recent decisions behind certain products and services don’t make much sense, like charging iPod touch owners $20 for a handful of widgets and creating an external drive that only works with one computer. Now it appears that iPod movie rentals don’t work on fifth-generation video iPods. My initial reaction was to shake my head and wonder what Apple’s up to this time.

The reasoning behind this decision may be mundane and valid, however, having something to do with an analog hole and digital rights management on these iPods. According to Wired,

For now, the most likely suspect has to do with what some have deemed the “analog hole” present in 5-G iPods. Previous generation iPods have an analog video output that works with standard video cables. As some have observed, this theoretically makes it easier to copy rented movies, by plugging the iPod into a camcorder or other video-recording device.

Carl Howe, an analyst with Yankee Group, says that this is likely something that movie studios required in order to offer rentals. So it turns out that it’s probably not Apple being weird after all, it’s movie studios being movie studios. Still, if I owned an older video iPod, I’d be a little brassed off to learn that it doesn’t play rented movies.