An important part of any blockbuster movie’s revenues these days comes from merchandising deals—all the ancillary toys, T-shirts, and backpacks that flood stores after the release of a Harry Potter, Spiderman, or Star Wars movie. Now that virtual worlds are popping up where residents actually pay for digital representations of avatars, furniture, clothing, and other items, perhaps there is a new licensing opportunity there for the movie studios. Paramount Pictures and Habbo, a virtual teen hangout with 8 million members worldwide, may have just struck the first such deal. 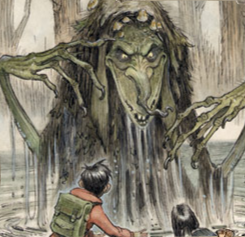 In February, Habbo will begin selling virtual goods inspired by The Spiderwick Chronicles, timed for the release of that Paramount movie. It will later add virtual items from Beowolf and Mean Girls, two other Paramount films that have already come out. Habbo says it has 1.8 million members in North America, which is the area covered by the deal. It will be a long time before virtual merchandise licensing comes close to matching the revenues from real-world licensing (typically, each item costs less than $1), but for Paramount the money is almost a secondary consideration. As teenagers pass these things around on Habbo, it is great marketing for the films. They are giving the movies their own personal stamp of approval, and expressing their identity through the characters and virtual objects from the films.