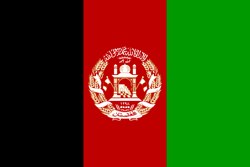 The US backed government in Afghanistan has sentenced a 23 year old internet user to death in a secret trial based on a document he printed off the internet.

Sayad Parwez Kambaksh’s crime was printing a document from the internet that allegedly “violated the tenets of Islam.” Kambaksh then allegedly took the printout to Balkh University, where he discussed the contents with his teacher and classmates, resulting in a complaint to the US backed Government.

According to a CBC Report, members of a clerics’ council had been pushing for Kambaksh to be punished by death.

The head of a journalists group and family members denounced the secret trial and claimed that Kambaksh was not represented by a lawyer. The case can now go before two appeals trials until the death sentence is carried out.

What exactly are Americans and coalition forces (including British and Australian troops) fighting for in Afghanistan again? Feel free to remind me in the comments.