The year-end VC financing numbers are in from PricewaterhouseCoopers and the National Venture Capital Association. Total venture fundings for the year were up 10.8 percent to $29.4 billion, and up 11.5 percent for the fourth quarter of 2007 to $7 billion. That makes it the fourth straight quarter where VC deals were above the $7 billion mark, and the highest yearly total since 2001. Here are some charts that show the trends in VC financing. 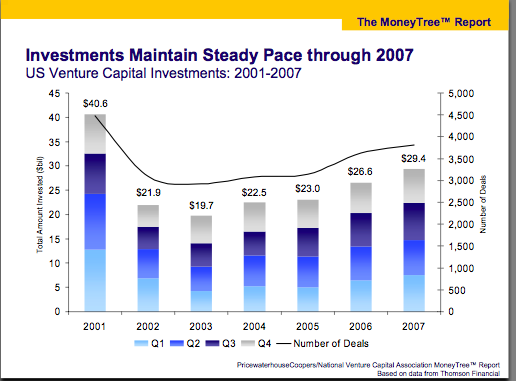 But as the cycle matures, later-stage deals take up a bigger chunk of the pie, accounting for 41 percent of of the capital invested last year compared to 37 percent in 2006: 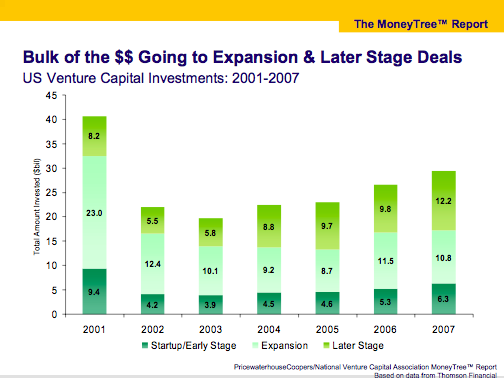 If you look at just the number of deals, though, there was still an 11 percent increase in the amount of early-stage deals, so no one is going hungry: 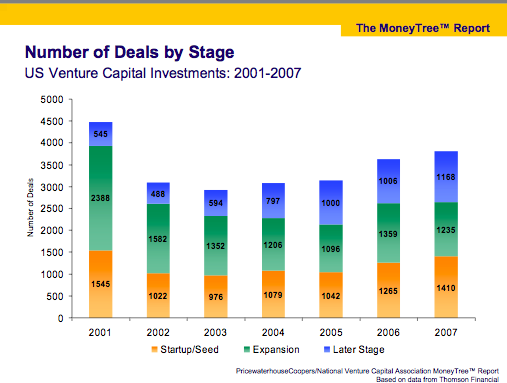 Here is the industry breakdown. Software and biotech dominated the deals, with about $5 billion each, followed by medical devices, energy, and telecom: 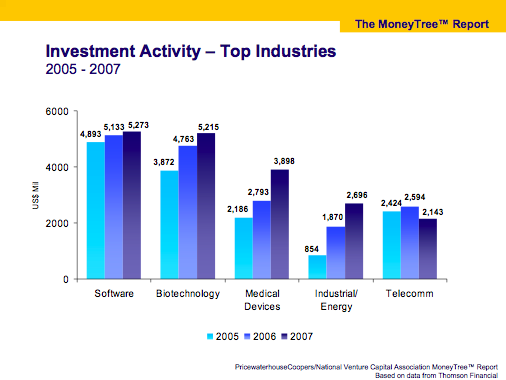 Within the software segment, VCs poured $4.6 billion into Internet deals alone, up 12 percent from 2006: 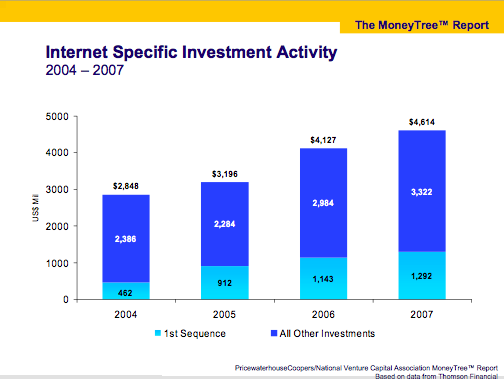 And, not surprisingly, clean tech was perhaps the fastest-growing sector, finishing the year with $2.2 billion in VC deals: 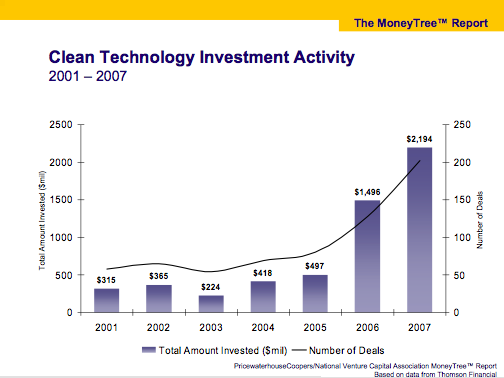