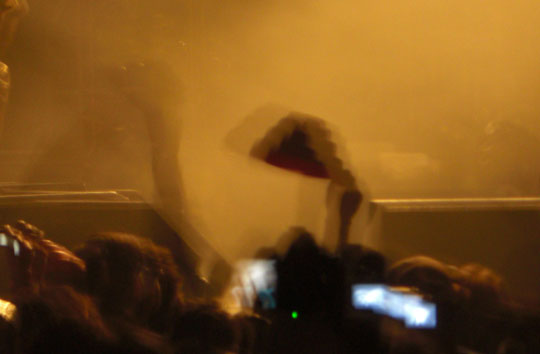 Last night the nice people who are sponsoring Macworld’s Blounge, the Office for Mac group at Microsoft, took us bloggers out for drinks and eats, and then to a surprise show. I’m all about rock n’ roll, before I was a blogger I was part of the northwest indie scene, so I was reluctant to see Hootie or Nickelback or some other band Microsoft would consider “hip”. Thankfully MS gives the Mac unit quite a bit of leeway, and they booked one of the greatest bands ever for the launch of Office 2008 for Mac: Devo!

Did I take a few snapshots at the show? You know I did. A couple more after the jump, with video to come later today. 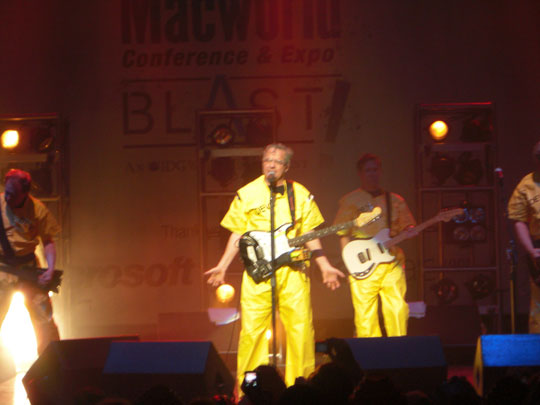 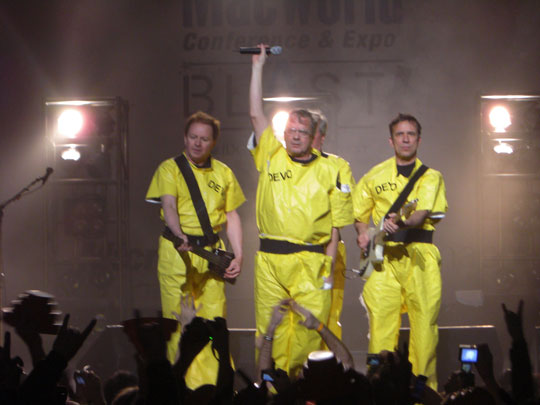