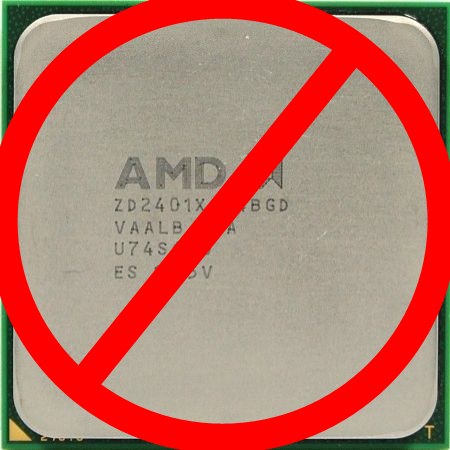 The last year has been hard for AMD: Intel’s Core2Duo and Quad-Core processors have been beating the pants off of AMD’s most advanced offerings, and while the Phenoms are a nice step up from the Athlon cores, they haven’t been able to bring it to Intel just yet, especially with the latter moving to a 45nm process with the Penryns. I myself switched to Intel several months ago, because like many computerizers, I go where the performance is.

And when it rains, it pours. AMD has confirmed that the big quad-core 9900 and 9700, which were to compete with Intel’s good gear (though not quite as fast, they are cheaper and may offer a better value), are being pushed into 2008’s second quarter. At this rate, if Intel keeps the hits coming, AMD will be playing catch-up for the rest of the year.