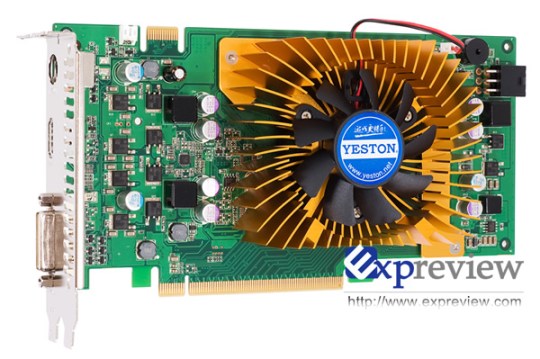 What with the GS, GT, GTS, and GTX, it’s hard to keep straight on what exactly the offerings are from the current champion of the video card world. But one thing you can count on is that at every price point there will be an ATi and Nvidia card duking it out. At the highly contested $200 serious/casual sweet spot, you have the Radeon HD 3850 and now, this 8800GS, a somewhat stripped-down version of the 8800GT. The GS has 384MB of memory to the 3850’s 256, but as we well know, it’s not the size but how you use it that’s important.

It’s lost a few pipelines, but it’s still DX10-compatible and has more shaders than most cards had a year ago, so it looks like a good deal. These guys seem to have tested it and found it exactly as expected and possibly a better price-for-performance ratio than the GT.