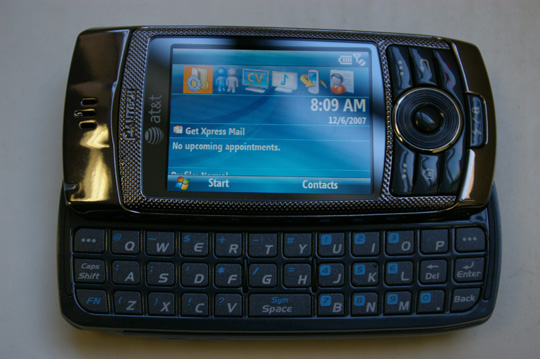 What would a week of “Smartphones Now” be without a review of a smartphone? A terrible one, I’m sure. So what are we going to look at today? The Duo from Pantech for AT&T. Not exactly the hottest smartphone on the market, but it does have a few qualities that are quite endearing. I’m also jaded and hate all phones to begin with. Heh. That’s not entirely true. I just hate the iPhone. That one’s for you, dwalk.

The most significant feature of the Duo is its dual slider design, which it borrows from its bigger brother over at Helio, the Ocean. The main difference and unfortunately the biggest pitfall for the Duo is the lack of spring assist for the QWERTY. You see, the Ocean has spring assist in both directions. You may not think it’s necessary but it is. Sliding the Duo to get to the QWERTY is painful and gritty. Of course, if you’ve never touched the Ocean then you wouldn’t know any different. It’s something you can get used to, though.

The keyboard itself has its pros and cons. The overall size of the Duo is rather small so the keyboard is a bit condensed. The numbers are like that of a BB. You have to hit function button, which is tedious but as I said, the Duo is small and if you want a small device then you’ll just have to deal with it. I’m not a fan of the keyboard itself, though. It’s entirely too flush for me. You don’t know what keys you’re hitting unless you’re looking at it and even then it’s a chore. The dividers are entirely way too thick and the buttons are way too small. It may be better suited for a lady with dainty hands then a big burly guy and his meat hooks.

The 1.3-megapixel camera with 4x zoom is ok, but you won’t really be getting any shots worth framing. The video cam is so so, but it does that weird vibration when you move it around too fast. Check the video and picture for yourself. 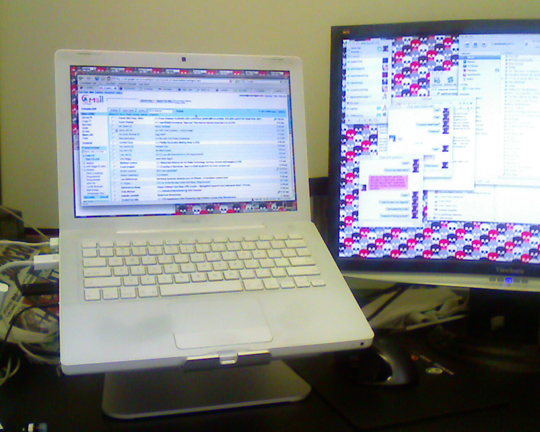 The music player was fine and it has stereo Bluetooth, but you’re using AT&T’s music services so it kind of blows. As does the video service. It supports Telenav maps and navigator, which is a nice touch in case you’re prone to getting lost.

Being a 3G/HSDPA handset is in and of itself a big seller, but the overall design of the Duo is bit low budget for my taste. It has a cheap-y plastic feel to it. Call quality was superb, though. Download speeds were wicked fast. It runs WinMo 6 so you love it or hate it. Talk time was actually pretty good edging over the rated 3 hours at over 4 hours. If you want a smartphone running WinMo that’s small and on AT&T then the Duo isn’t a bad choice. It’s available now for $200.