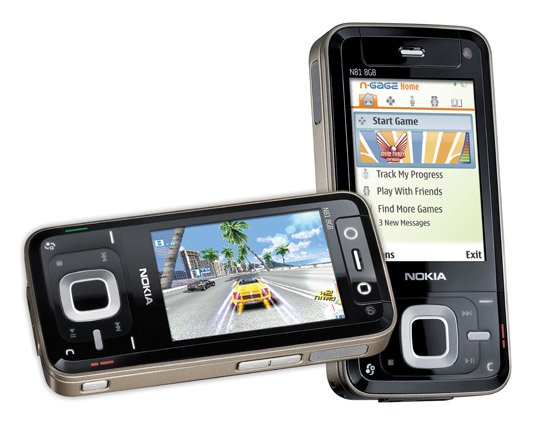 One week after promising us that N-Gage First Access would be available [this week], Nokia went ahead and delayed it. The improved N-Gage, which is now a service for the N81 rather than a stand-along cellphone, has now been delayed till 2008 in order to work ensure that it works “smoothly.”

An exact date hasn’t been released, but you can bet that Nokia just ruined dozens of people’s Christmas.

Crippling cynicism aside, this is unwelcome news. (Big words, I know.) I embrace any way I can distract myself while aboard the horrifyingly depressing 7 train here in New York, so I was sorta looking forward to trying out the new N-Gage during my winter break. Hopefully the delay isn’t too substantial.