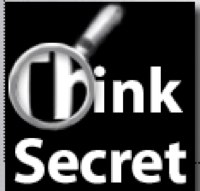 Apple and Apple blog Think Secret have settled their long running legal dispute over leaked Apple secrets, and under the deal Think Secret will cease operation.

According to a statement from ThinkSecret (via CrunchGear)

Apple and Think Secret have settled their lawsuit, reaching an agreement that results in a positive solution for both sides. As part of the confidential settlement, no sources were revealed and Think Secret will no longer be published. Nick Ciarelli, Think Secret’s publisher, said “I’m pleased to have reached this amicable settlement, and will now be able to move forward with my college studies and broader journalistic pursuits.”

On a bright note, until the bitter end Think Secret never gave up their sources; Think Secret editor Nick Ciarelli should be praised for continuing to take the high moral ground, despite the cost. Sadly Think Secret joins the TechCrunch Deadpool.