Fotolia, a micro-stock photography site that we first covered back in November 2005, is further undercutting some of the larger, more traditional stock photography sites, such as Getty and Corbis, by providing many of the same higher-quality images but at lower prices.

Up till now, micro-stock collections have consisted largely of lower-quality photography shot by amateurs or hobbyists and sold through sites like Fotolia, iStockphoto, and SnapVillage for as little as $0 and often no more than $50. In contrast, stock images sold on Getty and Corbis command a much higher price for their superior quality and come from professional photographers who have hired agents to distribute their work. 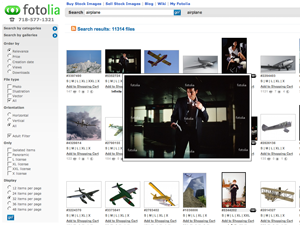 Providing further evidence that photos on the web demand a different price structure than photos offline, Fotolia has debuted what it’s calling the “Infinite Collection.”. This is a set of 15,000 agency-distributed photographs that would normally be found on expensive stock photography sites but are now being sold for as little as $20 on Fotolia. Since these are exactly the same products sold elsewhere, Fotolia is evidently embarking on a strategy of price discrimination, hoping to sell premium products to an audience that wouldn’t fork over the money necessary to buy them on Getty or Corbis.

This idea is corroborated by Fotolia’s refusal to name the collections from which they are drawing their traditional stock photography, which suggests that it doesn’t want to make it easy for people to hunt down the best prices for the same photography. Since professional photographers also tend to shun micro-stock sites because they can’t make as much money from them, the lack of transparency also makes me wonder about how aware the professional photographers actually are that their photos are being sold at highly-discounted prices.

In any case, it will be interesting to see how well this form of price discrimination holds up in the long run, since the Internet has a tendency to prevent rather than foster price discrimination. I suspect that this new offering will lead higher-end stock photography sites to lower their prices, assuming that photographers are indeed really willing to sell their work for a lot less.