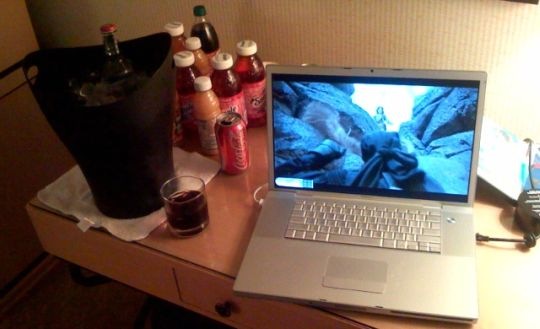 San Francisco mayor Gavin Newsom wants to add an extra fee to the sale of drinks containing high-fructose corn syrup in a two-fold effort to fight fat and help fund fat-fighting programs around the city.

Whatever the case, let’s not let people take responsibility for their own actions.

Look, it’s a well-known fact that the main cause of obesity isn’t soda or video games, it’s people from Fargo. My dad is from Fargo and he claims that a few of the people there own most of Las Vegas. I fail to see how the obesity problem should be any different. I could be wrong but I doubt it. All my cousins, aunts, and uncles from Fargo are in pretty good shape.