The National Venture Capital Association surveyed 170 of its members, and this is their collective wisdom for 2008:

The sectors VCs are most bullish about are Clean Tech, Media, Biotech, and the Internet, in that order: 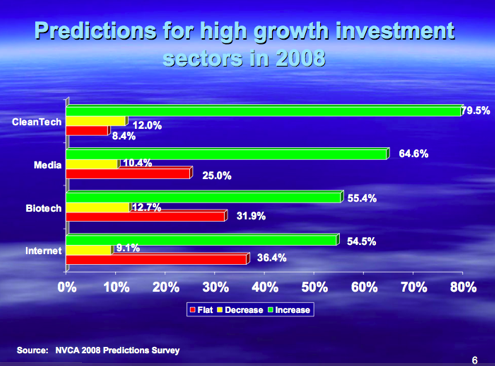 Those also happen to be the sectors they think will become the most overvalued: 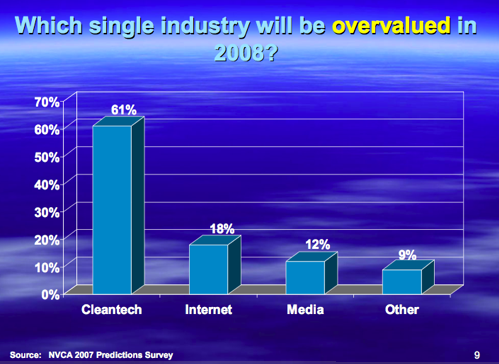 Will that stop them from investing? Nah. VCs are particularly optimistic about their own abilities to deliver superior returns: 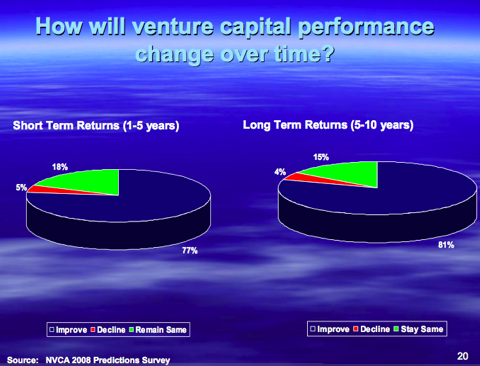 . . . even though more than half think the overall economy is headed for a downturn: 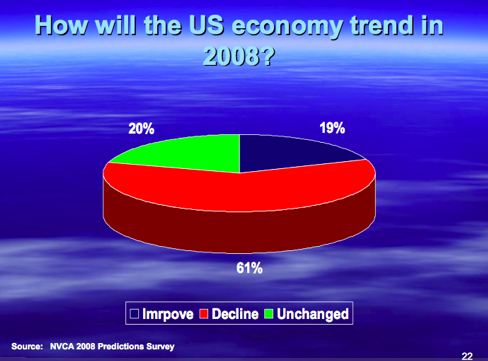 Not to mention that the five-year rate of return for all VC funds, as measured by the NVCA, is 3 percent, which is less than that of the S&P 500.

What else do VCs know?

—On average, they think they will invest $27 billion in startups next year.

—They are bearish on semiconductors and software. A full 59 percent believe that the IPO market will continue to recover.

—An overwhelming 84 percent believe that new VC funds will raise the same amount of money or more than current funds, while 59 percent expect the number of VC firms to decrease. So more money will go to fewer firms, essentially.

—And 39 percent think that Hillary Clinton will be elected president, nearly twice as many as those who predict Guiliani will win: 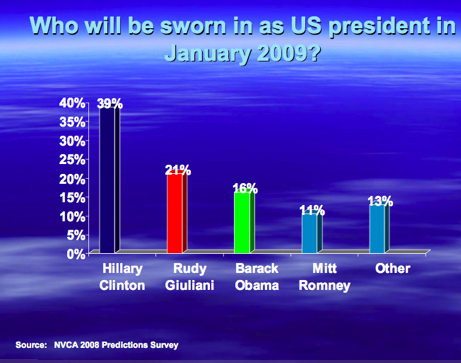