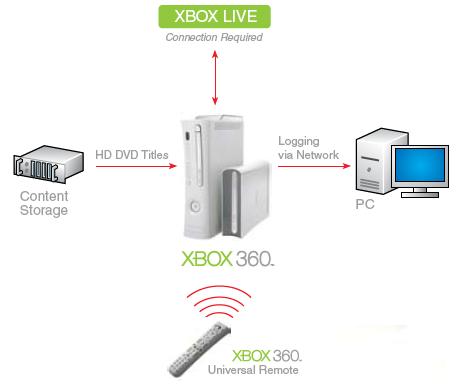 Microsoft has released a handy little program for people who don’t want to buy those multi-thousand dollar HD DVD authoring workstations. I don’t think there are too many people making HD DVDs who can’t afford them, but this is a useful little thing anyway. Basically, you hook up your 360 to your PC, and the HD DVD Emulator you just installed lets you test for conflicts with protection, region coding, encoding issues, and so on – in a native HD DVD environment, and without using up discs. Could be useful for people who can’t lug their workstation everywhere they go, or for independent filmmakers who can’t afford a workstation in the first place.