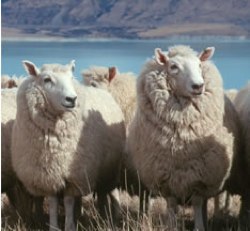 The Maps rollout provides “localised and customised” Google Maps for New Zealand viewers, that includes full local business search capabilities and Local Business Centre so “any Kiwi business can get a free listing.”

On the political front, Prime Minister Helen Clark responded to a post on leading local political blog On The House that ripped into the PM based on comments she allegedly made about journalists that had her saying that many journalists were “too young to remember history” and had wide gaps in their general knowledge.

According to Stuff.co.nz, the PM through her press secretary posted “what is believed to be the first blog posting by the Prime Minister” suggesting that the blog post was inaccurate: “You’ve managed to write nearly 600 words about an event that you didn’t attend, but were happy to blog about on the basis of a story in another newspaper, written by another reporter – who also wasn’t there.”

(image via Fernmark, post in part via The Blogging Journalist)