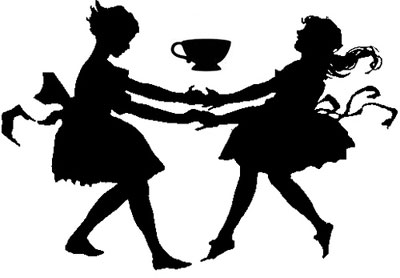 Xmas is a special time of year where I get so stressed out from gift guides, deadlines, family members, parole officers, bribed city officials, girls and bartenders that I go a little crazy. No, I go a lot crazy, the whole season. And giving me things I want makes it better, but I only want things I can’t have. Here, then, is a list.

Some things you can’t un-see, but I wish there a way to un-view the opus by Brazilian auteur Marco Fiorito he artistically titled 2 Girls 1 Cup*. It’s an art film, though one I recommend you do not view. I want to un-see it, Eternal Sunshine-style, but I cannot.

Our blog is finally getting a little respect, but there are still those out there who don’t give us the courtesy we deserve. There’s a very informal but organized way that blogs link to each other, called “the Via”. You’ll see them on most of our posts here, and we think we do a good job of linking back to our sources. And, for the most part, they link back to us nicely. What I’d like for Xmas is for the 800 pound gorilla of tech blogs, Engadget, to link to us. Just once would make a great stocking stuffer. Sadly, it won’t happen.

We know that many of our readers are female. We can deduce, therefore, that many gadget fans are also female. Where do they go? What do they do? I want a singles bar for gadget fans. Seriously, this could work. Seattle? Are you listening?

I really want cellphone companies to really think about the word “service” in the phrase “customer service”. There’s a general attitude that if a customer has a problem, it’s their problem that the carrier has to grudgingly solve. This is not the case: from a service standpoint, if a customer has a problem, it is, inherently, your problem as the carrier. Why do you think people in the USA hate their cellphone providers so much?

I would like to never receive an e-mail with the phrase “Not just another social network!” in it again. Ever. Seriously.

It would be great if I could have Bluetooth in everything. Again, I’m really serious.

In a couple months, when Apple releases the iPhone and iPod Touch SDK, I really want several of my favorite small-screen games ported immediately. I want to have so much distraction on there I get no work done and Biggs fires me, which would be ironic, as it’d be for too much gadget usage.

I would really like to see Palm cowboy up just a little bit more than they have been and make a real competitor to the iPhone. They’ve got a new Linux-based OS and a ten-year head start, they should be able to do something.

Actually, I’d like to see Palm get aggressive with its licensing. Windows Mobile shouldn’t be on every HTC out there, you know?

I would like to somehow run into that girl, Ava, whom I met on tour in LA in ’98 again. Alas.

I would love it if the free HD movies on my Comcast on-demand weren’t the crappiest movies ever made. Or, conversely, I’d like it if they were movies I’ve not seen yet.

I would love a shuffle setting on my iPod Touch, not just a shuffle button. As it stands, I plug it in and press “play” and it starts with the first song, unless I manually go in and hit shuffle. I’m tired of hearing “About a Girl”.