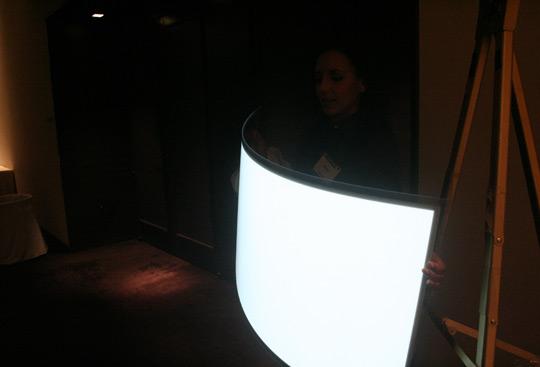 Pennsylvania startup CeeLite has created some bendable, inch-thin light sources using technology that has, until now, foiled inventors. Making large-scale “Light-Emitting Capacitors” or LECs has been attempted for years but only now have the problems that plagued them been identified and addressed. Now the lights are big, bright, efficient, and if they are anything like their OLED cousins, they should last for years. Their low power consumption and convenient size (up to 30in by 72in at 4 watts per square foot) make them perfect for street signs and overhead lighting – two huge markets – and the inventors see them becoming ubiquitous, even having objects illuminate themselves. And because of the nature of the technology, it shouldn’t cause that imperceptible buzz and annoying flicker that has become so acceptable from fluorescent lights. I sure LEC the sound of that! Okay, that was probably in poor taste.