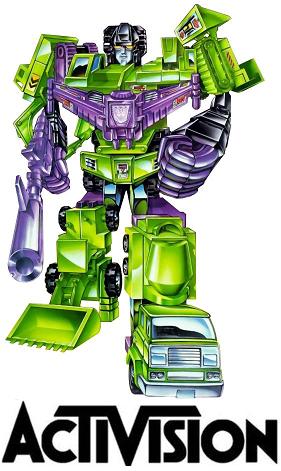 I wish. Actually, these two big boys merged to create the decidedly more predictable and tame-sounding “Activision Blizzard,” which sounds a lot like a spell you might cast in D&D. The deal, worth a reported $18.9 billion dollars, with Vivendi ending up with a 52 percent stake. This seems strange considering its franchise contributions were the colossally unhip Crash Bandicoot and the enjoyable, but far from world changing Spyro the Dragon. I’m surprised Blizzard hasn’t bought everyone else out, considering it has a monthly allowance of about $100 million due to having almost 10 million WoW subscribers. I wonder if EA, the Unicron of the gaming world, is scared?