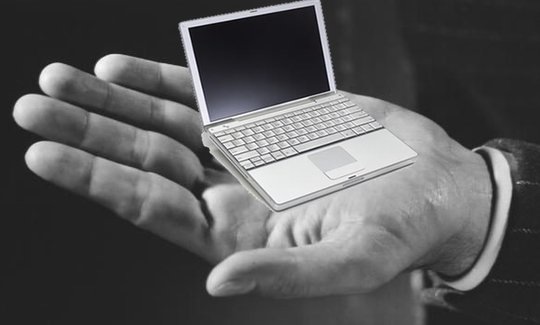 I love financial analysts. They get “super-secret” news from “super-secret” sources — mostly the same sources we all have — and tell people to buy or sell stocks based on the same hunches we all have. The hunch du jour on Wall Street is that Apple’s stock will go up after the launch of an ultra-portable laptop at MacWorld in January. The ultra-portable we can believe. AppleInsider has the scoopz:

Earlier this month, AppleInsider cited well-respected sources who, following nearly two years of internal development on Apple’s part, are finally pinning the thin and lightweight 13-inch sub-notebook for an unveiling on January 15, 2008 as part of the company’s annual Macworld Expo announcements.

OK. Fair enough. It could happen. But then the analysts, namely Gene Munster, babbling about closed platforms and Android and Linux and iPhones, they sound like morons.

The Verizon announcement coincides with Google’s Android plans and the formation of the Open Handset Alliance, OHA, of which Verizon is a member,” he wrote. “While it is too early to tell, this could be the beginning of a new chapter in the wireless market. Microsoft has taken its traditional software-centric approach offering Windows Mobile to any device maker wishing to partner with Microsoft, [while] Apple has opted for a closed ecosystem in which it controls the entire experience (hardware, software, phone activation, etc.), and Google has invested in an open sourced platform with Verizon as the open carrier.”

Android will fail, friends. It will exist, but it won’t change the world. Microsoft and Symbian have too much cash in the game to let open source nerds install MobileTux on their N95s or T-Mobile Shadows.