The Discovery recommendation feature suggests new sites a user may wish to read based on current subscriptions and (interestingly) browsing history. Google has previously offered feed bundles based on subjects, but this is the first time it has offered customized recommendations in this way.

Google thanks a number of interns and ex-interns for the new features, a nice thing to do.

As a Google Reader user I know I’m certainly going to use the drag-and-drop functionality, and I’m even looking at some of the suggested feeds as well, but I’ve got to ask: how is it that we can get drag-and-drop in Reader and not Gmail? Surely Gmail could do with this functionality. Maybe the Gmail team needs some interns as well :-) 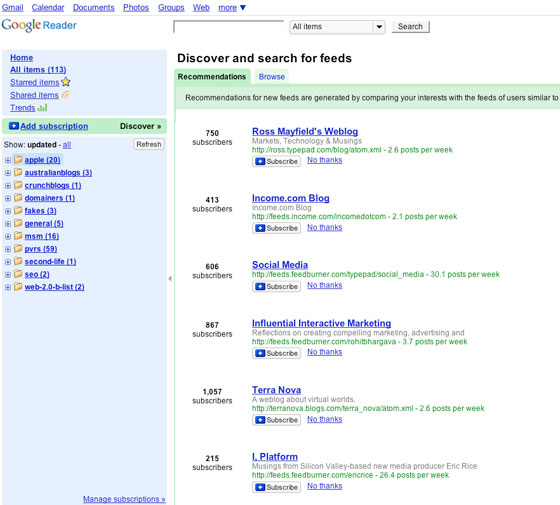