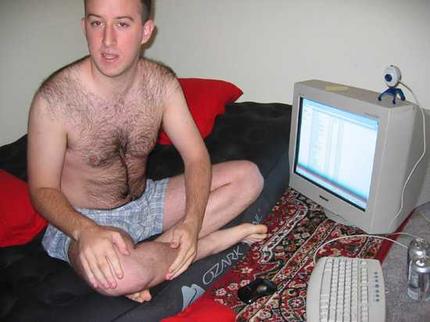 This last holiday weekend, I was at my mother’s house and, just as I do every Thanksgiving, I spent about an hour un-doing the damage they’d done on their PC.

I can’t convince them to buy a Mac or to browse safely, so this is my fate. Sure, I could leave it, and wait till the thing started running slug-slow and then act all high-and-mighty, but I’m not like that. I must fix things before they get bad.

I’m sure that unless they’re qualified geeks, your parents are in the same shape. Here is a five-point plan you can use to implement a parent-proof computer, so you can enjoy that shoofly pie.

This one’s almost a no-brainer to anyone who knows anything about anything that ever existed. Your parents should already be using Firefox, and it should be installed (this isn’t your first Thanksgiving home, is it?), but sometimes, if you’re like mine, they accidentally launch IE and then it does the whole “I’m the default browser, chump” thing, and then you cry a little bit, and curse them, and start looking up numbers for homes to put them in.

But you can fix this. Internet Explorer is only dangerous when it’s connected to the Internet. We are simply going to deny it this connection. In Tools > Internet Options, find the Connections tab. There, under LAN Settings, tell it that it will have a proxy server. Set the proxy address to 0.0.0.0, with 80 as the port. Apply the changes.

We just told IE that it will use a proxy that doesn’t exists, more or less putting its nose in a corner. While it’s not wise to delete IE outright, this renders it almost completely benign.

Do a search and kill any shortcuts to it, or, better, change them to point to Firefox. Chances are your parents won’t even notice the change, but you’ll get less phone calls about the naked girls on the Internet.

Since they’ve been using IE, (and they have,) the chances are good that their machine is host to more bugs than a Hilton undies drawer in July. This means you get to play exterminator.

While the process can take awhile, it’s now thankfully painless. Two free apps will disinfect pretty much any machine. Lava-soft’s Ad-Aware and Spybot Search and Destroy, when used together, do the trick nicely.

Download and istall both apps, but don’t run them yet. Reboot into Safe Mode with Networking, as some spyware runs in processes that can’t be terminated in a standard load of Windows.

Once you’re in the Safe Mode, run Ad-Aware first, taking care to update the definitions first. This could take anywhere from 10 minutes to half an hour depending on many factors, so take this time to tease your younger brother about his career choices in Iraq.

When it’s set, run Spybot’s software, also updating first. This one is slower and more thorough. When it’s done, reboot into regular Windows and marvel at the clean, responsive OS.

Much spyware comes not as involuntary installs, but packaged with popular free programs. Many of these programs are just trash, and mom and dad don’t realize that downloading and installing something, even if you only try it once, means it’s a permanent resident on the PC.

Much of this stuff comes bundled with printers, scanners, MP3 players, and other things they buy, packaged on the disk and installed automatically. This is bloatware, and we should end this practice now. Kill it for them, ask for whipped cream on the pumpkin pie.

This one is rather self explanatory, but once the fluff is deleted and system is secured, update Windows. While XP is a salad bar of exploitable code, Microsoft does a fairly decent job of publishing security updates regularly. Use the built-in tool to download all of them. This will save you grief throughout the year.

If youre parents are going to own a computer, they need to realize they have to use it responsibly. I’m a firm believer that you should have to have a license to be on the Internet, just as you must to drive a car. Realistically that’s not going to happen, but you can sit them down after Uncle Stu passes out and tell them a few basics. Who knows, maybe it’ll stick this time.

But to be sure, point them in the direction of some Web sites with safety basics, like the government’s Online OnGuard initiative. Make sure they know that it’s their responsibility to keep their computer running, just like they have the Oldsmobile for 22 years. If they can change oil, they can protect themselves online.

Feel free to bookmark this guide and use it over the holidays when you’re there. Or, better, print it out and let little sister have a go, chances are she’ll think of things we didn’t cover here, like accessing the Bratz dress-up game or ripping her iPod for Dad’s iTunes, because Dad said he liked those Pussycat Dolls once.