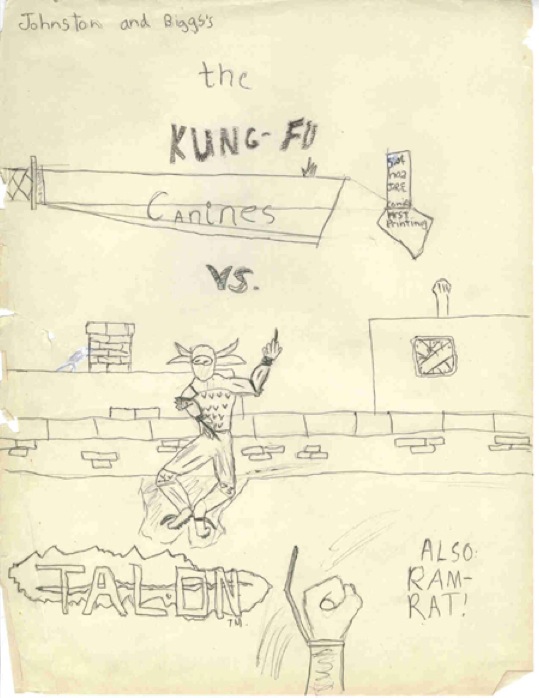 This came from the comic books I did when I was in grade school. Hot, non?

Superman, Spiderman, Satan Horse, Green Ant, and my personal favorite — the Charles In Charge Illustrated Graphic Novel: Charles Gets Drunk may have all gotten us through some tough times in grade school, but kids of the future won’t be able to feel the ink rubbing off on their fingers and the flimsy cover stock ripping in a back pocket — many Marvel greats are now going digital.

Marvel will still sell print comic books but they will now offer browser-based copies of each title six months after they hit the news stands. Marvel blames the lack of “kid lifestyle space” AKA where sexual predators can find their prey and where spinning racks of comic books once held court to wide-eyed kiddies — and feels that kids will prefer getting some of their fix online and the rest from specialty shops.

The publisher is hoping fans will be intrigued enough about the origins of those characters to shell out $9.99 a month, or $4.99 monthly with a year-long commitment. For that price, they’ll be able to poke through, say, the first 100 issues of Stan Lee’s 1963 creation “Amazing Spider-Man” at their leisure, along with more recent titles like “House of M” and “Young Avengers.” Comics can be viewed in several different formats, including frame-by-frame navigation.

All I can say is cool. I would actually pay to be able to follow comics online, given the right ereaders etc. However, I wonder how collectors will react to the news.