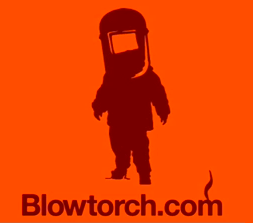 Kelly Rodriques and Paul Schiff are creating a new Hollywood studio from scratch called Blowtorch Entertainment. The company is just launching with a $50 million investment from Ignition Partners, Hollywood individuals, and at least one (unnamed) hedge fund. Rodriques was a partner at Ignition, and before that a digital ad executive. Schiff is the Hollywood producer behind Rushmore, My Cousin Vinny, and Date Movie. Rodriques and Schiff came by my office earlier this week to brief me on Blowtorch.

Blowtorch wants to make cult movies that appeal to college kids. It plans to make or acquire 18 feature-length films over the next three years at about $5 million a pop. (That hedge fund will be providing an additional $40 million a year to pay for it all). “We want to be in the Napoleon Dynamite business,” says Rodriques. As it is making these films, it wants to involve the potential audience to a greater degree than ever before through its Website, where people will be able to help cast movies (we’ve heard that idea recently) or pick the songs for the soundtrack, among other ideas. “It can’t be anarchy,” warns Schiff. “We won’t have a movie at the end of the process if everyone’s vote counts and impacts the project equally. But we still want the audience to participate in some way.”

So in addition to helping to steer the development of each movie, Blowtorch audience members will get a shot at having their own videos shown in theaters alongside the feature films. Here’s how it will work: On the site, which is not much more than a placeholder right now, people will be able to watch additional digital shorts made by Blowtorch, as well as upload their own videos. All the videos on the site will be voted on, and spread virally through Facebook, Digg, Delicious, Twitter, and other social applications. The audience-made videos that get the most votes then will be professionally reshot and included in a 5-to-15-minute pre-show collection that will be shown in theaters before each of Blowtorch’s feature films.

Blowtorch has already cut deals with 600 theaters nationwide near college campuses and in urban areas that will dedicate one screen to Blowtorch Nights every Thursday, Friday, and Saturday. Audience members in the theaters will also be able to vote for the digital shorts as they are watching them through their mobile phones and send links to the videos to their friends elsewhere. So you won’t actually have to be in the theater to be connected to the experience. Vivendi will distribute Blowtorch’s feature-length movies once they go to DVD, pay-per-view, cable, TV, and digitally as well through places like iTunes and Amazon.

The first Blowtorch movie, You Are Here, a film-festival darling that the studio bought, will come out next April. The movie is about LA club kids who talk about one particularly insane night. One idea Schiff and Rodriques have is for one of the movie’s actresses, Bijou Phillips, to solicit video confessionals on the the Blowtorch Website from the audience about their craziest night ever. Then the best ones could be packaged with the film when it goes to theaters.

When the full-blown site launches in early December, there will be three main tabs: Front Row, Entourage, and Studio. Front Row will be the place where people can share videos and vote for them. It is where the popular stuff will be. Entourage will be the place where people can organize their social networks around their media preferences, bring in their friends from other social sites to vote on their stuff, or bring in videos from YouTube and elsewhere to throw into the mix. Studio is where they will submit original videos, and where marketing partners will be able to solicit material as well for their own viral video campaigns.

What strikes me about Blowtorch is that it is a movie company that is thinking like a cable channel. But instead of TV shows, it wants to create nichebusters that appeal to the 18-to-24-year-old audience. “One of the things exciting for me,” says Schiff, “is we are targeting a specific audience and narrowcasting to them on a consistent basis.” He talks about “programming that channel.” But there is no channel per se. It is wherever that audience wants to be—on the Web, in the theaters, on their mobile phones. You will notice, though, that Blowtorch is not creating a television channel. There is just so much more opportunity elsewhere.