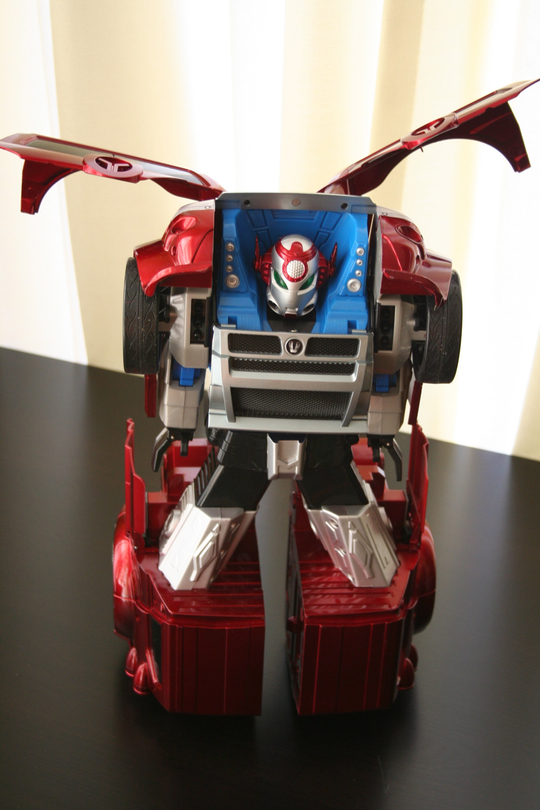 Give me your virgins!

Back in the olden days, when toy engineers had little to work with, transforming robots were pretty stationary. You always wanted them to transform automatically. In fact, you even added your own sound effects.

Now, however, you can have your own freaky transforming robot that actually transforms — and does the Hustle — by itself.

The V-Bot, according to toymaker Johnny Lightning, is “a giant super hero with unstoppable power.” While I have been able to stop V_Bot’s power by flipping a switch, it is giant. It’s about a foot long and weighs about four pounds. Kasper could barely lift the thing. With the touch of a button it can switch from robot mode to car mode and also wheels around swinging its arms and making noises. Best of all it comes with its own theme music, a mix if Knight Rider and an industrial blender accident.

In robot mode, V_Bot flips his arms around and pretends to walk forward and backward, swinging his arms forcefully. In car mode he drives around creation, meting out front-bumper justice, presumably to evil-doers. 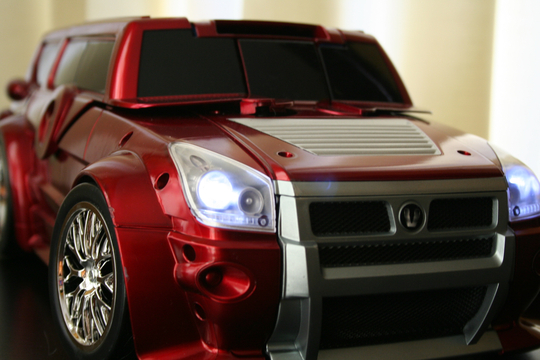 If his transformative abilities aren’t enough for you, you can use V_Bot as a really crappy MP3-player dock. V_Bot has an audio in on his back and will play back any audio you send through him. His is an easy way to run down the batteries and doesn’t quite make much sense, but there must have been a sale on audio components in China so they stuck it in. Who am I to judge? 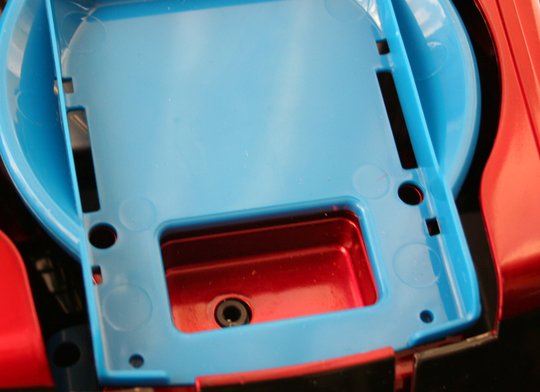 The audio jack – but why?

In all honesty, this $140 robot is really cool. My son loves his “Bobop” but only carries it in car mode simply because robot mode is too scary. However, if I had had V_Bot back in the day, I would have been the happiest kid on the block. Instead, I had to use my imagination, and we all see where that got me. 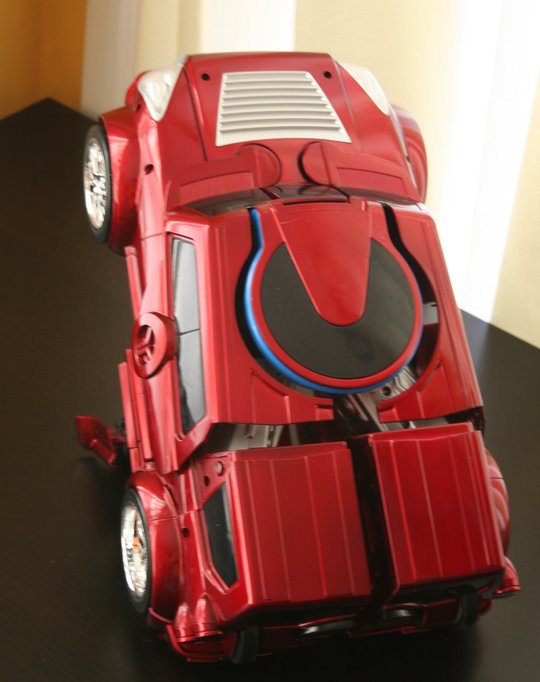