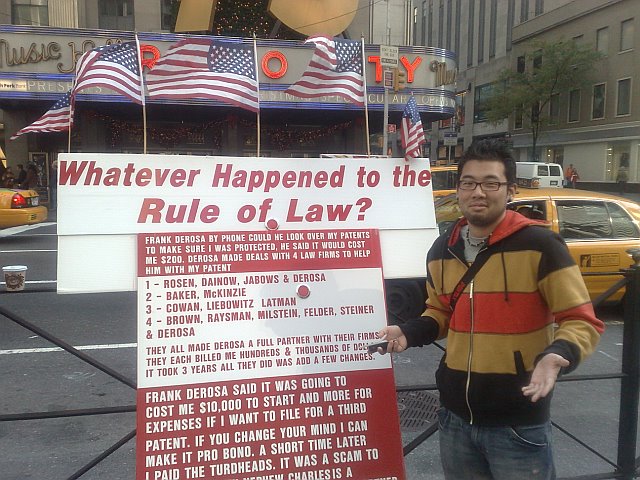 Yesterday, I was tasked with navigating the streets of Manhattan using only the GPS on a Nokia N95. Of course, I wasn’t alone in this ordeal. I was up against two heavy hitting travelers. Lee Abbomonte is a crazy mofo who is attempting to be the younget person to travel to every country in the world. He’s already been to 135 countries and he’s not even 30. Caleb Smith has traveled each and every street by foot in NYC proper. He is also a crazy mofo. So I pretty much had my hands full. Sure, I’m the geek who can whip through the Symbian OS to get to the Maps app, but did I beat the other guys?

Our journey began at the Nokia flagship store on 57th and took me down to Little Italy and Chinatown before making my way back up to Rockefeller center. That’s a few miles, but at least the weather was nice. Check out a few pics that were snapped along the way. I don’t know who won, either. I passed out somewhere along the way and didn’t make it to the Rock. Don’t forget about the contest to win an N95. 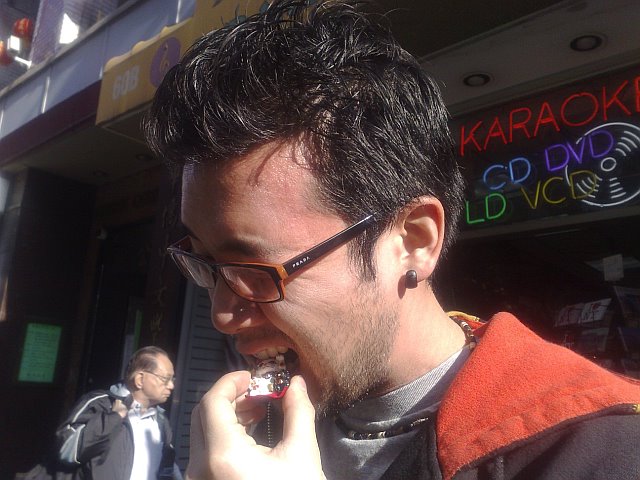 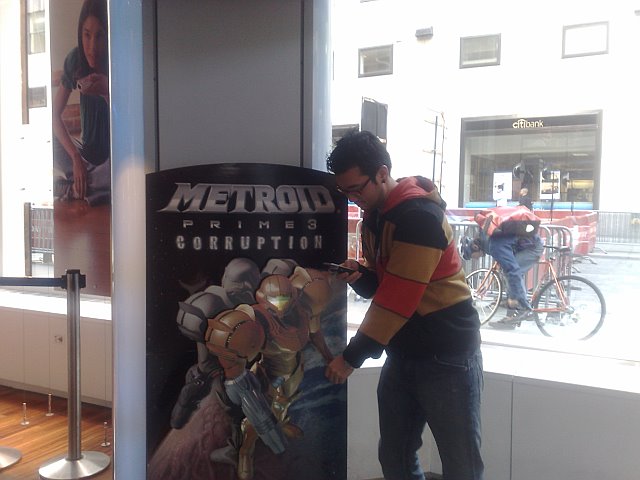 Totally stopped by Nintendo World and said what’s up to Samus Aran. 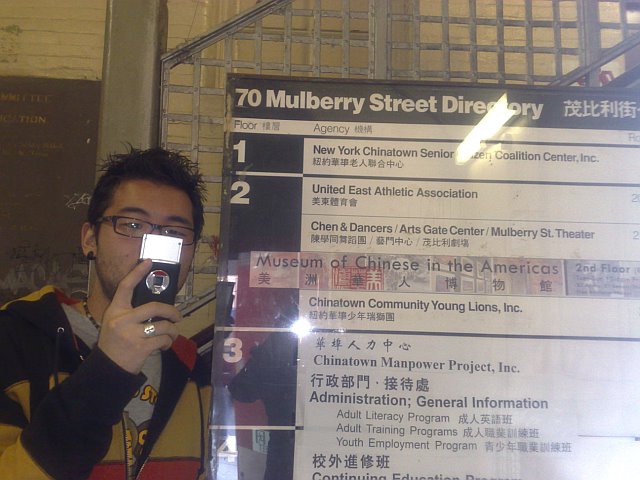 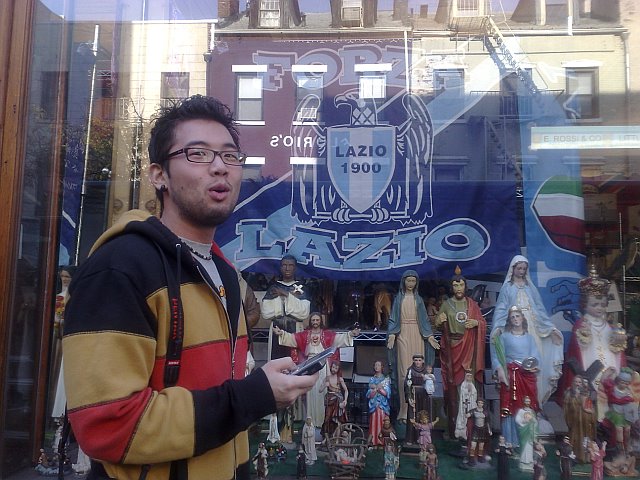 Down in Little Italy.