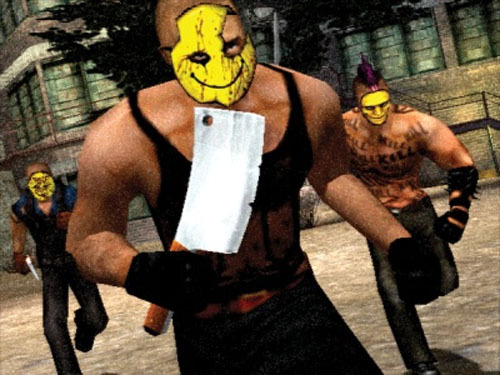 How appropriate that Rockstar will be launching Manhunt 2 tomorrow during Halloween. The game has been under fire for months due to its extremely violent content. It was even banned in the UK and received an “Adults Only” rating from the ESRB originally, meaning Rockstar had to take some time to modify the title so it would receive a “Mature” rating instead. Says producer Sam Houser:

“Manhunt 2 has gone through much to reach this day,” said Sam Houser, founder and executive producer of Rockstar Games, in a statement. “We are very excited that fans will finally get a chance to experience the magnificent horror experience we’ve crafted with Manhunt 2.”

Look for the ultra-violent title, which requires you to escape from an insane asylum full of crazies, tomorrow on the PSP, PS2 and Wii.