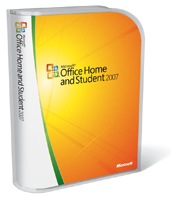 A Fremont, California couple have been convicted of selling academic versions of Microsoft software to people outside the realm of academia.

Mizra and Sameena Ali, along with their accomplice Keith Griffens of Oregon City, Oregon, had been "forming front companies to buy tiny existing companies to gain access to the discounted goods. Prosecutors said the trio bought and sold $29 million worth of Microsoft products between 1997 and 2001."

Trio who ripped off Microsoft get prison [Businessweek]