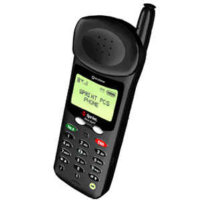 At any point in time between Aug. 28, 1999, and July 16, 2007 were you a Sprint customer? You were? That’s fantastic. By happenstance do you still have your phone and want to get it unlocked because you’re with Verizon or Alltel? Awesome. After being accused of throwing up a barrier to competition Sprint will now share unlocking codes to all current and former customers once their accounts are cleared and the phone has been deactivated. The only caveat being that Nextel-branded phones can’t be unlocked because they use iDEN tech. Oh well.