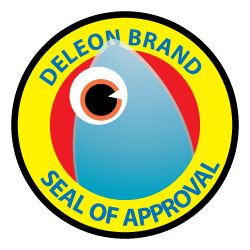 I see myself as slightly less corrupt Krusty the Clown. I won’t put my name on just any product, no sir. There won’t be any Deleon Brand Grade F Meat Substitute nor will you see my name on books I don’t approve of. So when I endorse a product, rest assured that you can say to yourself, “Hey man, if Deleon’s down with that, I need to be down with that.” Then we can throw our hands in the air and party like it…

Anyhow, today I throw my good name behind the iPod nano. I know, it’s not exactly breaking news for someone to speak highly of the iPod nano, but as the weeks go by, this column will probably become Dennis Miller-like in its obscurity, so best to start as simply as possible.

Why am I endorsing the iPod nano and not, say, any other member of the iPod family? Well, I eliminated the Touch from my consideration because I’m not about to spend $400 on something that’ll stay in my pocket 99 percent of the time. Since I primarily use iPods for their music-playing ability, the touch screen interface is essentially irrelevant to me. (Hence, my general “eh, so what?” attitude toward the iPhone.) I did consider getting a 160GB classic, but when I played with one at an Apple Store, I noticed a serious amount of lag caused by the hard drive. That would have driven me insane. More insane than I already am. No thank you. 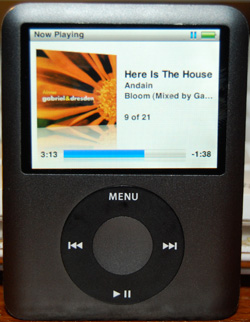 So the nano it is. The black one, to be exact. I use it mainly so I don’t have to communicate with the mutants that live in New York. Like, if I’m on the subway, why in God’s name would I want to hear a mariachi band? No offense to those guys, but if I’m heading home after a long day of taking notes and eating subsidized dining hall food, I do not want to have to deal with any unnecessary, external agitators. This includes pan-handlers, kids selling candy, guys promoting the invasion of some country while donating clean socks to another, etc. It’s so, so annoying. Like, I’m pretty sure I’d have a heart attack in Union Square if it weren’t for the nano.

So in many ways the nano prevents me from having to deal with people, which can only be a plus in my book. Go to class, listen to a podcast or two en route, keep to myself, maybe do a little reading on the way, etc. Happy as a pig at a monster truck show.

So that’s essentially it. I endorse the nano because it makes my life slightly more livable (which stems from the fact that I’m neurotic). I can take it to the gym without worrying about having a two-pound brick in my pocket and it fits enough songs so that I’m not just listening to “Stayin’ Alive” over and over again, which was a problem in the old days of MP3 players.