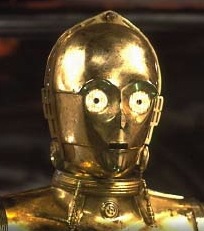 It’s not quite what you think, though. Sorta, maybe. "The Skywalkers aren’t in it, and it’s about minor characters. It has nothing to do with Luke Skywalker or Darth Vader or any of those people. It’s completely different. But it’s a good idea, and it’s going to be a lot of fun to do," said Lucas.

It’ll be more about robots. The development team is currently interviewing writers for the project, so it’s in the very, very early stages. Let’s just hope it’s not a sitcom. There’s nothing funny about robots. Except Small Wonder, of course. That little android was hilarious.