Like many entrepreneurs, Brian Wilson began his tech startup in a garage. Unlike most others, however, his garage was an army depot in Baghdad. There he dreamed up and created Zolve—a social network for real-estate brokers designed to let them swap referrals. The site he built in Baghdad is self-funded, and was coded over the past ten months by an engineering team in India. Tomorrow morning, he is going to open it up to brokers and other real-estate professionals everywhere. 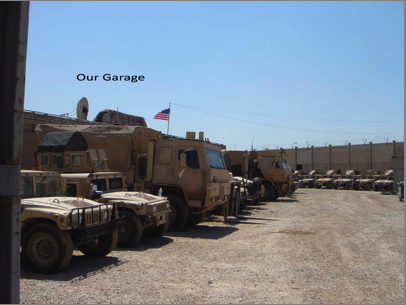 Wilson, a West Point graduate who was called to serve in Iraq in January, 2006, was forced to leave a thriving real-estate business behind in Colorado Springs. Before he left, he had never heard of LinkedIn or Facebook. But he discovered social networking sites during his downtime in Iraq trying to keep a bead on business back home. He also watched as real estate Websites like Zillow, Realty.com, Redfin and HomeGain took center stage. A former real-estate broker, Wilson sees Zolve as a way for his industry to fight the disruption it is experiencing from the Web and the improved access to listing and pricing information that it is creating. “It’s a way for brokers to take back their industry a little bit,” says Wilson. “We don’t have to pay Silicon Valley, and give them information they are just going to sell back to us, when the brokers have the information themselves.”

Here’s how he proposes Zolve will work: Brokers and other real-estate professionals (like title insurance agents, inspectors, etc.) across the country will be able to create profiles on Zolve and connect to their professional peers across the country. By clicking on their “sphere”of influence, they will be able to see every other Zolve member on a Google Map who is connected to them by two degrees of separation. The whole point of the site is to generate referrals between real-estate professionals. A broker can get 25 to 30 percent of a commission if she refers a customer to another broker. This is done all the time within the industry, especially if a potential home buyer is looking outside the first broker’s immediate geographical area of expertise. For example, a broker in San Mateo might sends business to another broker in Denver,and collect a referral fee of a few thousand dollars if the customer ends up buying a property there.

Brokers will be able to establish their real-estate cred by blogging on their profile pages (hopefully, this won’t end up like Active Rain). Each transaction also generates a reputation score similar to eBay’s. (Not only can the brokers vote on each other’s reputations, but so can the home buyers or other customers involved). By automating such referrals, Wilson thinks that he can create a system where real estate professionals can tap into each others’ detailed knowledge of their own markets to counter the Zillows of the world.

Since there is so much money involved, Wilson also thinks he can easily charge brokers a subscription fee to join Zolve—$395 the first year, and $995 thereafter. Typically, one real-estate referral should pay for the subscription. There are 1.3 million real-estate brokers in the country, and Wilson has a list of the top 40,000 he is going after. Already, more than 2,200 have signed up for the beta.

Brokers are so desperate to keep their commissions these days, they might just pony up the subscription fee without a second’s hesitation. 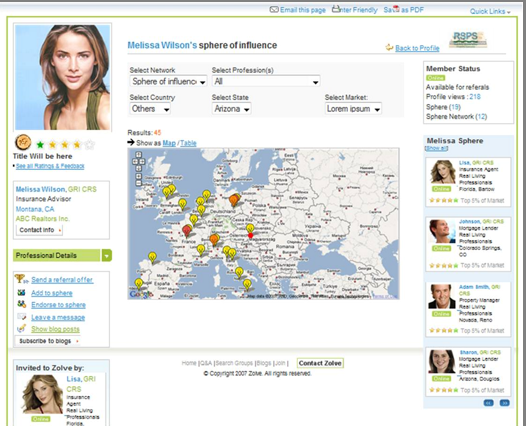