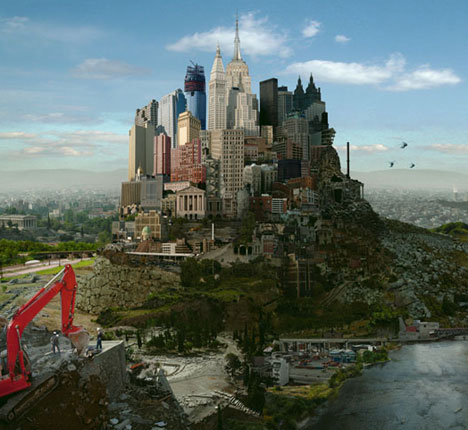 I’m the treehugger at CrunchGear and I make it known every chance I get. I don’t overwhelm you with facts and figures or any of that nonsense, but I do put in a gadget here and there. Now this isn’t a gadget, but it does involve your old mobile device that’s just sitting in your junk drawer so listen up. Today is the start of Nokia’s campaign to collect 100,000 unwanted mobile devices by America Recycles Day 2007, which is November 15th. All the festivities begin tonight at the Nokia Flagship store in Manhattan. Feel free to drop off your unwanted gear anytime you want. WWF, those acronym-stealing bastards, will be on hand to address environmental issues and promote environmental awareness. Don’t worry though; if you’re not in NYC you can call 1-87 RECYCLES (877-329-2537) or download a postage-paid return label for your neglected phone, battery and accessories.

Now I’m going to throw some numbers at you so pay attention. The EPA states that 10,000 recycled phones will conserve enough resources to juice 19 homes for one year. The greenhouse gases reduced would equal that of 14 passenger cars being removed from the road for a year. A survey of 400 New Yorkers revealed that 60 percent keep their phones tucked away with most of them not knowing what their options are for proper disposal of old devices.

Man up, America. The problem isn’t going away.