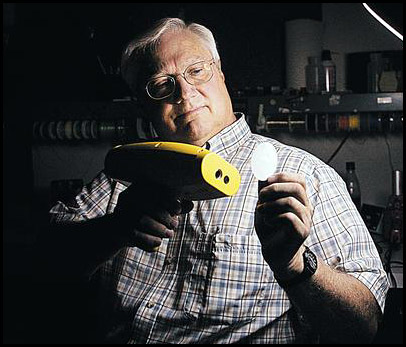 I had my run-ins with meth during college. For reasons unknown to me, Oregon is a meth hotbed. Take a drive down to the coast and most of the houses you see boarded-up are meth labs. Corvallis, my home for four years, was full of meth labs and I’m sad to say a few friends were sucked into it. Sure, they cleaned the hell out of the house, but they also didn’t sleep for days. Has anyone seen Spun?

Every state, especially Oregon, should keep a close eye on what CDEX is doing. The Arizona-based company is having their Meth Scanner tested by the sheriff’s department in Tucson. A UV light is emitted from the lamps and it instantly detects whether or not a substance is meth to one tenth of one millionth of a gram. Production of the device is expected later this year and it should cost about $500 to $600. Future models will eventually detect other drugs and explosives.