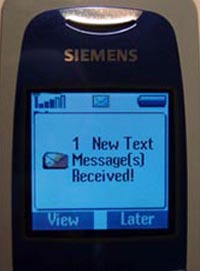 It emerged recently that Verizon Wireless intended to prevent an abortion rights group from using its network to send text messages to its members. (You know the deal—sign up with the group and you’ll occasionally get texts related to the cause.) VZW initially said the group’s message fell under its “controversial” message ban, but the company now says otherwise. Calling it an “isolated incident,” VZW will now let the group—Naral Pro-Choice America—use its network via a short code (“txt ‘music’ to 12345,” that sort of thing).

Critics of VZW’s original decision noted a lack of true, open access to information. VZW said it was basically a mistake, since the policy in question is really only to ban adult material being set to children and so forth.