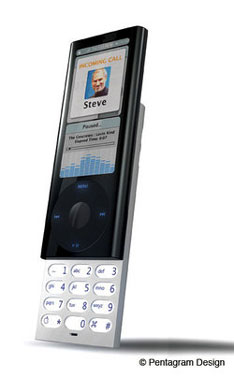 And so it begins. After Apple released the iPhone 1.1.1 Update yesterday, there are conflicting reports of seamless activations and happy customers mixed in with cries of anguish from AT&T customers locked out of their iPhones as well as a collective shudder as unlocked iPhone users watch the boards for news of the coming 3rd Party App Holocaust (they opened for Metallica in 1998. They were great).

I’ll admit that I have an unlocked iPhone and I’m quite happy hanging out with 1.0.2 until the good men and women of the Dev Team inevitably crack through this next layer of security. Apple has to protect their investment, but I, as a poor blogger, have to protect mine. I don’t want to move to AT&T for a number of reasons — I’m on a good plan, I like the service I get in my house (for the most part), and my wife and family are all on T-Mobile. I want my cake and I want to eat it, too, and I was certainly enjoying that selfsame cake very, very much with my unlocked phone.

Some folks are finding ways to activate under 1.1.1. Genius Bar folks are helping poor bricked kids get their mojo back. Apple warned us and I knew it would happen and I don’t feel any righteous indignation. I know this is a business decision and I’m willing to take my lumps.

So where are we now? As of 10AM EDT there is no real unlock for my iPhone. I’m dead afeared of plugging old Bessie into my Mac Pro because I’m used to the pleasure it’s been giving me of late, a pleasure I haven’t felt since I cracked open my first cellphone back in 1998.

Gizmodo’s Jesus Diaz is frantically scrambling to find out how to unlock his goodness and I’m happy he’s on the case. He, like a number of other iPhone lovers, lives overseas where he won’t see the phone for months or years. He’s an early-adopter and evangelist in ways that most companies would kill for. Have you ever seen a Nokia or Sony-Ericsson product receive this same adulation and scrutiny? Has any BlackBerry gotten this sort of fanfare? Why are iPhone haxors panicking? It’s not because Apple is on to them. They’re just afraid to lose their iPhones.

This can shake out in one of two ways: Dev Team will find a hack or we will start playing a game of PSP cat and mouse, downgrading firmware just to enjoy our phones. I’m 95% certain that someone from the Team received information from Apple on how to get as deeply inside the original firmware as they did and I’m fairly certain they will find a way through these defenses. This isn’t rocket science. This is a well documented chip and the firmware was once as open as a Dunkin’ Donuts at 3AM.

In the end, this game will become tiring and the next new thing will come along. Is this good or bad for Apple or us? It will make us wary of locking into a carrier and will give folks like Nokia the early adopter edge after thousands of users are soured by this experience. As we always say here at the CG, we don’t condone hackery or piracy or jerkery, but watching and participating in what a wide community of very smart people do with hardware, software, and a little ingenuity makes us very happy.