The folks at Pingdom measure the uptime of Google in different countries around the world. Google users in Brazil encounter the fewest hiccups.  Google’s Brazil site was down only three minutes in an entire year, giving it five 9s reliability.  The U.S. search site was down ten times as much, giving it only 99.994 percent reliability.  I think I can live with that.  (Sweden came in last, with 48 minutes of downtime over the past year).  Here are the stats: 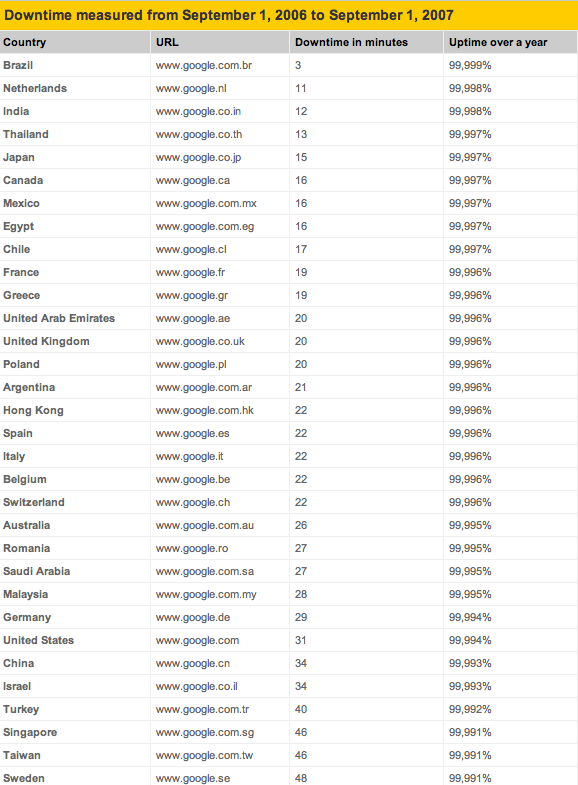