Yesterday at the Digital ID conference in San Francisco, Orange, one of the major mobile operator and ISP with more than 40 million subscribers announced they would adopt the OpenID registration/identification standard. There was already a clear trend from big internet properties to adopt (Digg, Technorati Microsoft and AOL but also Yahoo and WikiPedia already announced that).

But this is the first time that a major TelCo is taking that step. There is already an implementation of OpenID on the French portal available at openid.orange.fr . Orange presents also on the page a list of OpenID providers. 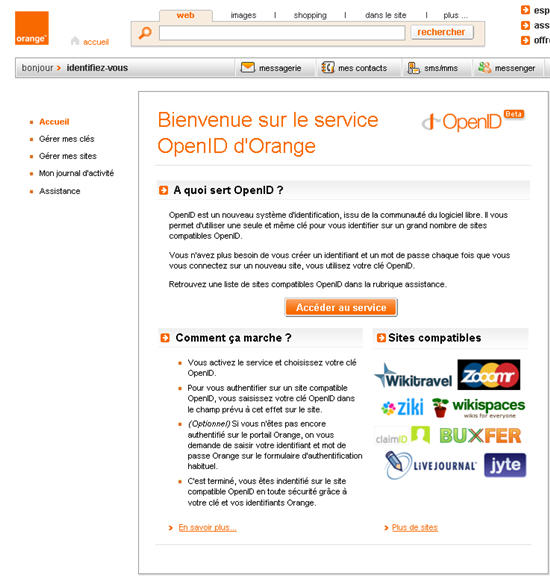 This is a good news for OpenID standard. The question remaining concerns the pace of adoption by the users. I could not find the access to the openID page by navigating from the homepage of the portal. It will probably pushed at later stage after the first tests. I also found the explanation not simple enough to understand for a new user (most of them are not early adopters) and Orange should probably think about a a short visual/demo to explain simply the benefits of such a service. An international roll out will probably come out soon.