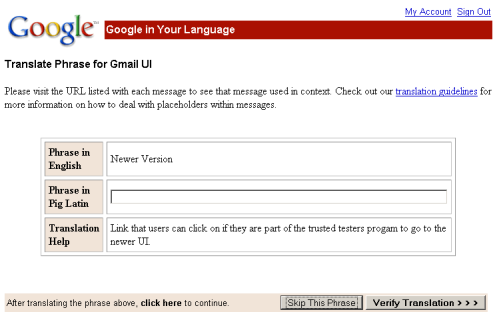 Via a small slip-up in information security Google has clued everyone in on some new features which are being developed for the popular Gmail service. Google had a good idea what with letting normal users translate bits of text in order to save themselves the time, money, and effort, however they should probably stick to translating company information by themselves. Lest phrases such as “Newer Version” regarding “Gmail UI” fall into the hands of bloggers. This is a small hint but a pretty neat forecast into what’s in store for Gmail in the near future.

Two more similar translation pages were found which suggest some possible Google Gears integration, and an account history feature. Hit the link to get the full scoop. 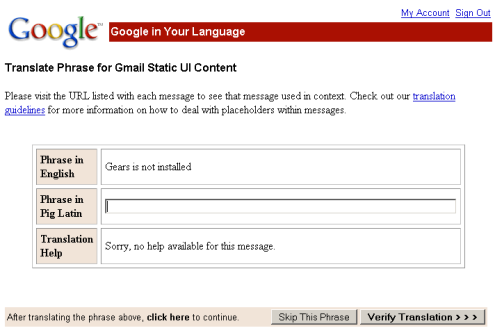 This one is straight forward, a translation snippet regarding the static UI in which an error message would pop up alerting the user that they don’t have Gears installed. Easy. 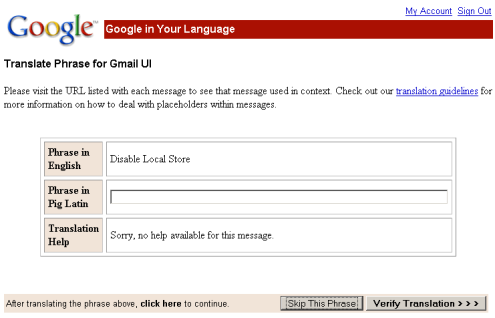 Also easy, some sort of caching method related to Google Gears. It’s a little foggy though as maybe this is part of a “save email to your desktop” type deal.

Gmail hasn’t received any major improvements since it was released in 2004, it’s about time it does. It’s safe to assume there will be much more info on this in the coming weeks.