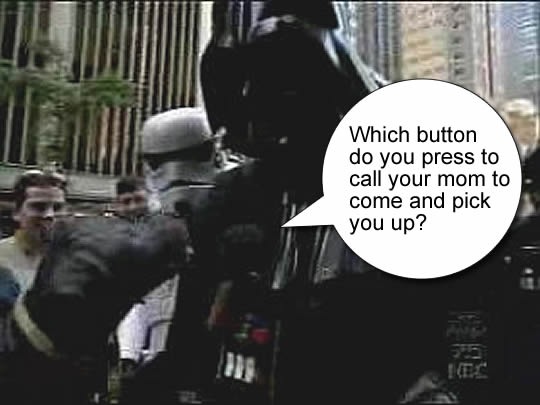 I keed, I keed. I’ll be buying this one along with everybody else who wondered how long it’d take before the Wii-mote got turned into a light saber. Well it looks like the answer is "Spring 2008".

Aside from flailing your melee arm about all namby pamby, the nunchuck will allow players to "torment foes with their Force powers." You’ll play the part of Darth Vader’s apprentice and the game will be set in the gray area between episodes III and IV.

It’s being developed by Krome Studios and will contain a Wii-only duel mode so that you and your friends can beat the hell out of each other with frickin’ lasers attached to your hands.

Wiimote Lightsaber: LucasArts Unleashes The Force On The Wii [Kotaku]